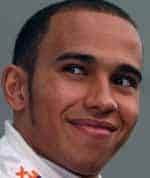 Sebastian Vettel’s inexorable march towards a fourth consecutive Formula One drivers’ championship continued unabated in Italy and he will be hopeful of another strong result at this weekend’s Singapore Grand Prix (Race: Sunday, 13:00 BST, live on Sky Sports F1).

Vettel dominated in Italy, taking pole position and converting it into a comfortable victory to extend his championship lead to 53 points with seven races remaining. Car failures aside, it is now hard to see any of his competitors beating him to the title.

Ferrari’s Fernando Alonso is currently second in the championship after finishing second at Monza, with Lewis Hamilton third, 81 points off the lead, and Raikkonen fourth, a further seven points back. The big news in the build up to this weekend’s race is that Raikkonen will leave Lotus to partner Alonso at Ferrari next year.

Nico Hulkenberg is one of the prime candidates to replace Raikkonen at Lotus and did his reputation no harm by qualifying third and finishing fifth in Italy. The race also saw a strong performance from Red Bull-bound Daniel Ricciardo, who qualified and finished seventh for Toro Rosso.

Monza was the final European event of the season, with five races in Asia and two in the Americas to follow. The Asian leg begins with the night race in Singapore – a spectacular sight for viewers, but one of the toughest races of the year for the drivers, who have to make it through a near two hours of twists and turns in hot and humid conditions.

The Marina Bay circuit is also hard on the cars, with high brake and tyre wear expected. Pirelli have selected the medium and super-soft compounds for this weekend’s event and most teams will be aiming for a two-stop strategy in the race.

Vettel ended Hamilton’s run of consecutive pole positions by qualifying first in Italy and the battle to head the grid in Singapore is again likely to be a contest between them. Hamilton took pole position in last year’s race and also in 2009, while Vettel qualified first in 2011 and out-qualified Hamilton (2nd to 3rd) in 2010.

Mercedes have been very strong at the high-downforce circuits this year, taking pole position in Monaco and Hungary. This, plus Hamilton’s excellent past record at the Marina Bay circuit, makes the British driver favourite for pole on Saturday.

Force India have qualified strongly in each of the last two Singapore Grands Prix, with both cars making the top ten in 2011 and Paul Di Resta excelling by qualifying sixth last year. They have performed well at the other high-downforce circuits so far this year, with Adrian Sutil qualifying eighth in Monaco and 11th in Hungary.

Sutil was not part of the Formula One grid last year, but has not been out-qualified by a teammate in four previous outings at the Marina Bay circuit. He qualified ahead of Di Resta in 2011 and his superior performance at high-downforce circuits this year makes him the most likely of the two to qualify in the top ten this weekend.

The strong possibility of there being at least one safety car period – it has been deployed in all five Singapore Grand Prix to date – introduces an additional element of fortune that renders the winners market a foolhardy pursuit. Backing a driver for a podium finish reduces the risk of a losing bet due to unforeseen occurrences.

Vettel became the first back-to-back winner of the event by taking victory last year, but the odds for him finishing on the podium are unattractive. Fernando Alonso also has two previous victories at the circuit to his credit, but Ferrari were a long way off the pace in Monaco and Hungary and are unlikely to challenge at the sharp end this weekend.

With this in mind, Hamilton looks like the best bet for a podium finish, neatly straddling, as he does, the fine line between value and probability. Mercedes struggled with tyre wear issues earlier in the year, but Hamilton’s victory in Hungary suggested they had got on top of the problem and they should have enough outright pace to finish in the top three on Sunday.

Jenson Button has finished second in each of the last two Singapore Grand Prix and no lower than fourth since joining McLaren in 2010. This year’s McLaren is not as quick as previous models, but Button has still managed to finish in the top six on four occasions, including a sixth place finish in Monaco.

With Ferrari unlikely to be on top form, there could be an opportunity for a driver from outside the normal front runners to secure a top six finish. With his previous good record at the circuit, Button seems best placed to take advantage.